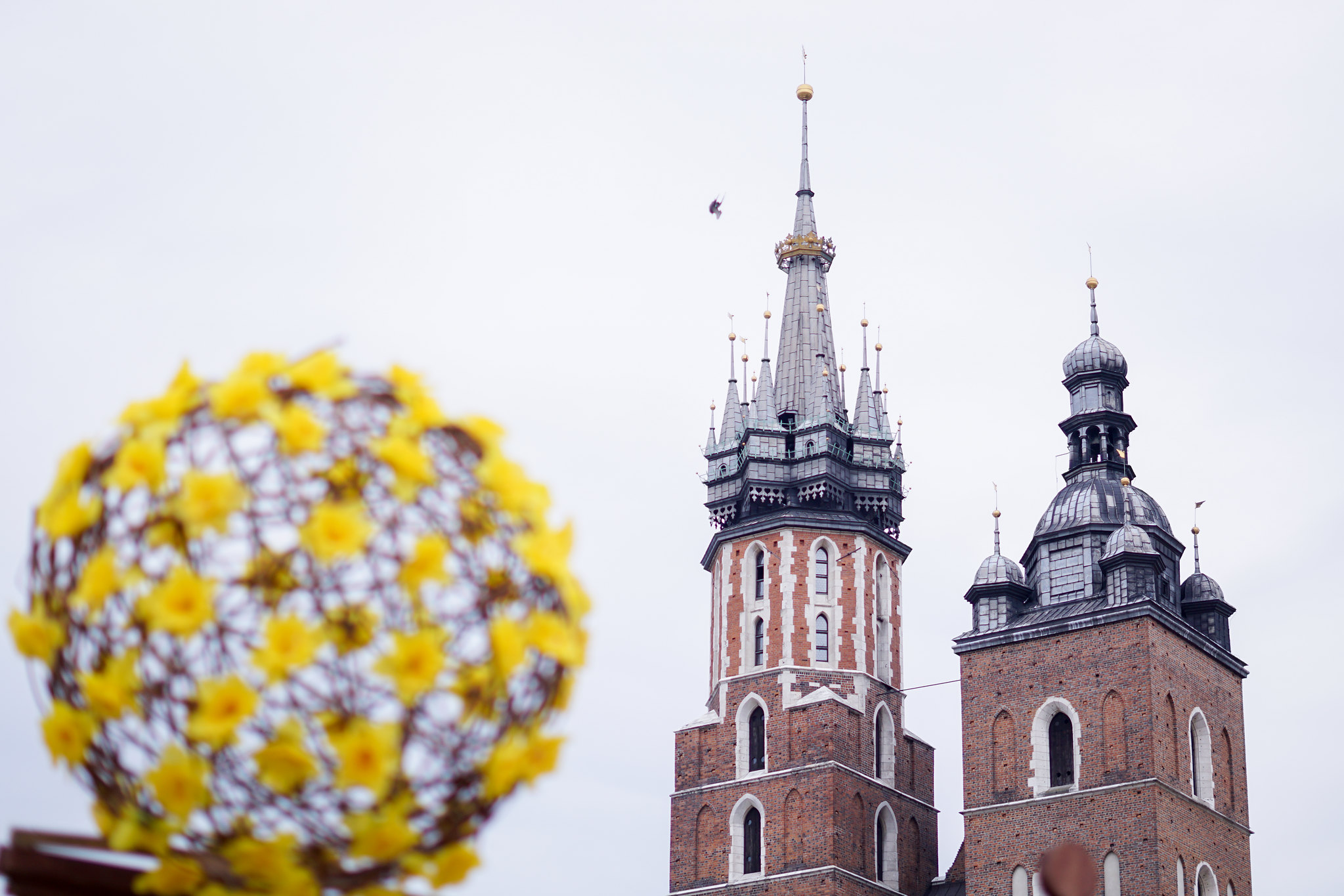 #TeamRed back on track, this time initiating their odissey through the land of pierogi: Poland! First stop in their journey: Kraków. The lovely hosts from AEGEE-Kraków made sure that ambassadors enjoyed every kind of commodity, from delicious homemade breakfasts to insightful city tours through the old town of Kraków.

While their visit to the former Polish capital was full of entertaining moments, they did not only play hard: they also worked hard. The topic covered in this stop was mostly multilingualism in Europe and its challenges, although youth participation was once again tackled in two high schools.

No matter the background or the ideology, one of the things most Europeans would agree upon is the fact that cultural and linguistic diversity is one of the elements that make Europe and the EU special. We live in a continent where the ties between different countries are closer than anywhere else in the world. Europe is indeed a colourful canvas of diversity and this grants Europeans with the possibility to prove that multiple cultures can live together in harmony. However, the fact that there is no single European language is undoubtedly a challenge to reach that goal, and this is exactly what we covered during our workshops. Ambassadors delivered the session on languages twice in Kraków: in an event organised in the campus by the local antenna, and in the Pedagogical University of Cracow, as part of a lecture series on multilingualism from the English Philology department.

Participants in the workshops expressed multiple opinions when it comes to multilingualism in Europe: there should be a European lingua franca – e.g English or Esperanto -, every minority language should be preserved, the EU institutions should work with a single language, schools in Europe should teach a foreign language in addition to the local/national language, etc.

Whereas the wish for a lingua franca and the desire to respect all languages in Europe may seem contradictory, the attitudes of participants reflect that of the “Eurobarometer 2012: Europeans and their Languages”, where we can find the following results: When interviewing the professor of the course, prof. Joanna Rokita-Jaśkowofe, she underlined the fact that linguistic diversity is a challenge for Europe, and equally an opportunity. In this sense Erasmus+, she said, offers a perfect platform for young Europeans to discover other cultures and languages. One of the concluding remarks was the fact that even though we do not have a common European language, multiple pan-European projects such as Europe on Track are being carried out in English, which already implies that Europeans are eager to find that common language.

One thought on “Team Red in Kraków: linguistic and cultural diversity in Europe”