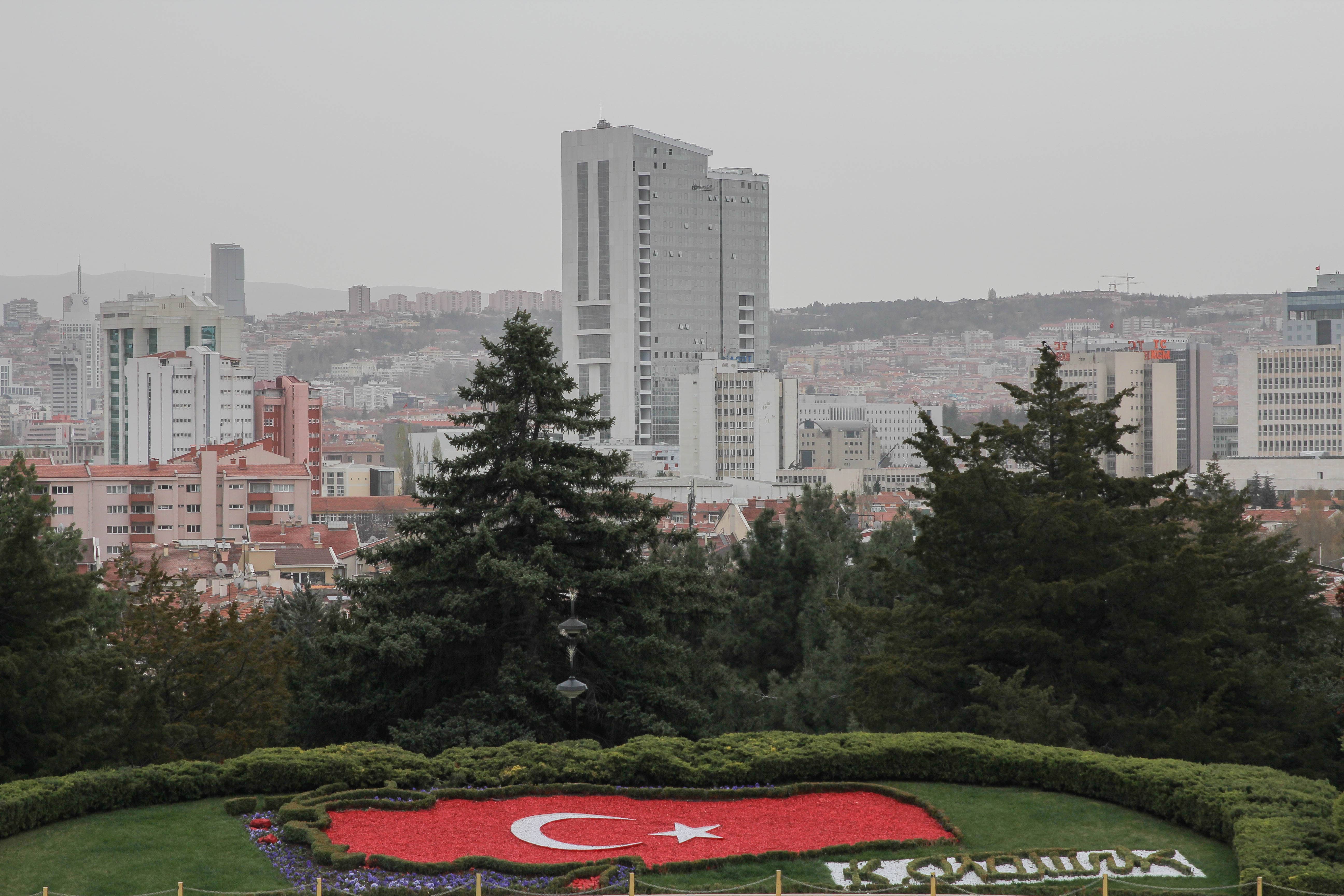 For its second stop, team red was hosted by AEGEE-Ankara. The ambassadors had a very busy and interesting stay there. They notably had the chance to deliver a workshop during a university course on sustainability, to learn more about the state of climate change mitigation in Ankara directly from the external relations responsible of the Çankaya municipality, and to discover the huge green campus of the Middle East Technical University.

Did you know that in Turkey you have to book your train ticket for high-speed trains? We did. However, what we did not know is that if you do not come to claim your ticket 24 hours in advance at the ticket office, the train company cancels your ticket! Fortunately, thanks to the help of members of AEGEE-Ankara, we could get access to cancelled tickets and solve our problem. So, on the 26th March, we sadly said goodbye to our friends from Eskisehir, to be joyfully welcomed by AEGEE-Ankara four hours later. A busy and exciting day was waiting for us, so we directly took the direction of the centre for our first visits. First, we went to the tomb and mosque of Haci Bayram Vel-I (a famous scholar of Islam and founder of the Bayrami Sufi order). The atmosphere there is particularly calm and relaxing, which is very pleasant in a city as busy as Ankara. Secondly, we went wandering in the streets of Hamamönü, the old neighbourhood of the city.

The third place we visited was Anitkabir, aka the mausoleum of the founder of the Turkish Republic; Mustafa Kemal Atatürk. It took nine years to build it and its construction ended in 1953. We were so thrilled by the sight of this imposing place that we stayed there for more than two hours. We particularly enjoyed the guided visit of the museum during which we learned a lot about Atatürk’s role in the history of Turkey. It is impressive to see how Turkish people cherish his memory and remember him as a war hero and a great leader. An interesting fact is that his tomb has an octagonal shape, which is the symbol of eternity in Turkish mythology. Also worth noting is Atatürk’s gigantic library. He has written eight books, and it is said that during his lifetime, he has read more than 4 000 books in various languages. On the 26th, AEGEE-Ankara had organised a meeting for us with representatives of the Çankaya municipality, which is one of the authority levels in the city of Ankara. We met with the external relations responsible Yalçin Dal, and discussed the various initiatives that the municipality has undertaken regarding sustainability and the mitigation of climate change. Mr Dal notably mentioned efforts to collect rainwater and construct new parks and lakes with eco-processes. They also suggest households to give their organic waste for composting and offer them trees to plant in exchange. Unfortunately, the municipality does not have authority on higher levels of education but it still collaborates with some schools to deliver educational workshops and recycle classes. Mr Dal stressed that the Çankaya municipality has signed the Covenant of Mayors, which is a major agreement towards a more sustainable management of cities. However, the actions of the municipality stay greatly limited by other levels of authority in Ankara.

AEGEE-Ankara has its office at the Middle East Technical University, which was created in 1956 and funded by Americans with the goal to keep a zone of influence on the region during the cold war. Rumour has it that the campus is even shaped like a gun pointing at Russia. In the 1970s, strong leftist movements against the government marked the history of the university. Its famous stadium was called the ‘Devrim Stadium’ (stadium of revolution). One of the conflicting topics concerned the deforestation of a part of the huge forest belonging to the university. Twice a year, the university organises a planting festival during which all students can come and contribute to the development of the forest. This 60-year-old tradition is very popular among students and beneficial for the protection of biodiversity in the region. A recent study has counted over 50 bird species in the forest! The atmosphere on campus is really nice, people are cheerful and respectful. Curiously, they call each other ‘hocam’ which can be translated by ‘master’. The first reason is that everyone has something to teach to others. The second is that it is easier to have a common noun for everyone since people do not always know who is a teacher or assistant.

At the university, we had the chance to deliver a session on sustainability in front of about 300 students during their class on climate change and sustainability. This was a great experience! Besides this session, we also organised two workshops. Although the majority of the participants were members of AEGEE-Ankara, we had the opportunity to meet other students active in the environmental student club of the university. Güray Hatipoğlu explained to us that the club currently works on a campaign to call for drinkable tab water everywhere on the campus. This is indeed urgent in order to decrease the large use of plastic bottles. We want to thank AEGEE-Ankara for organising so many activities and taking such good care of us. A particular thank you to Orcun, our sweet host, and Gözde for her indispensable support! We had an amazing time, and a lot of fun! We are grateful for the amazing bike tour around the Eymir Lake and all the good food you have made us taste, such as the simit (sesame bagel), mücver (courgette pancake), menemen (omelette), and of course the gigantic kumpir (stuffed potato)! We already miss you and look forward to seeing you somewhere in Europe! Wish to see more pictures of our second stop in Ankara? Check out our album here!

Missed our blog post about our previous stop in Eskisehir? It is still time to read it here!