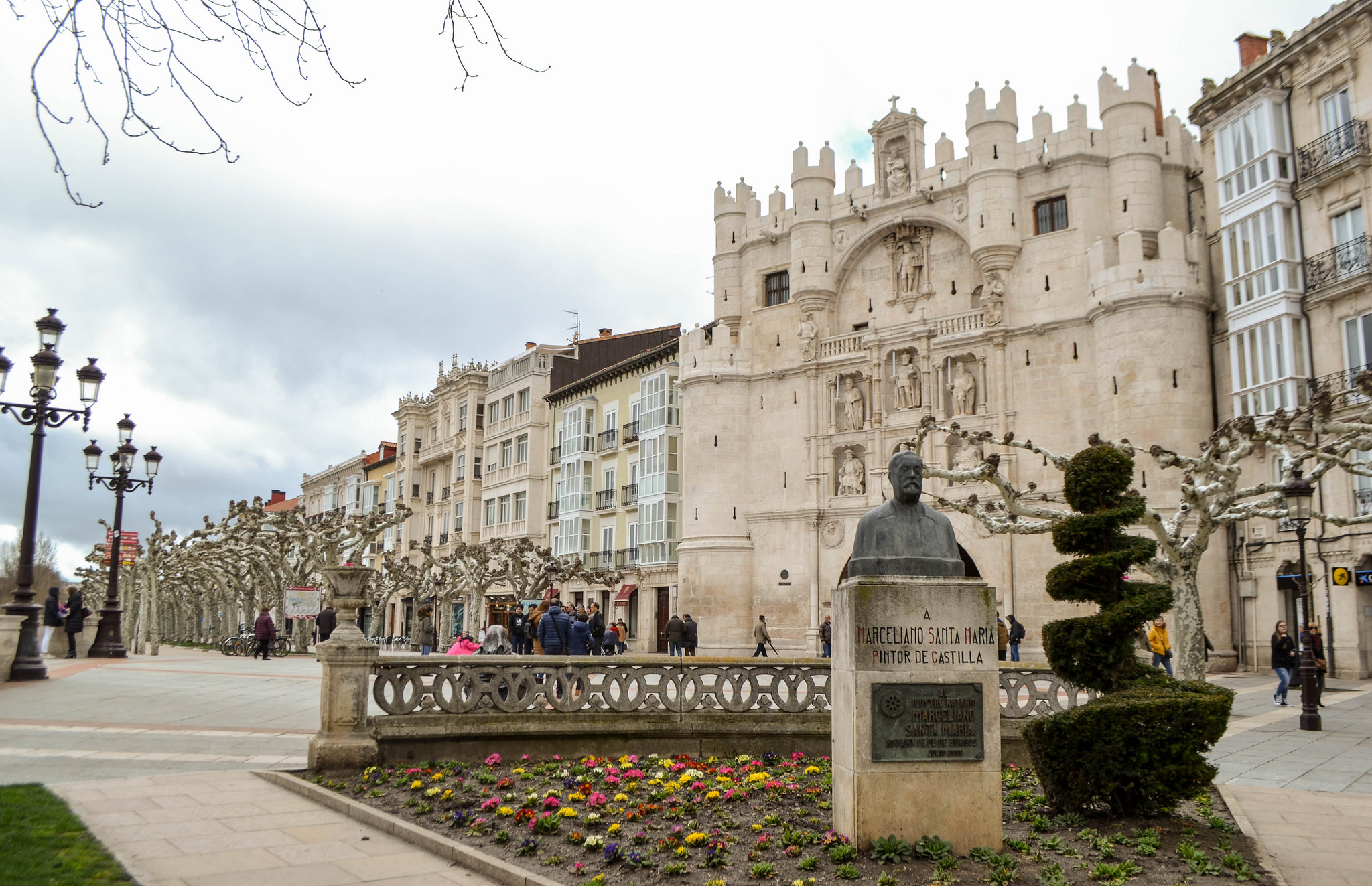 With a population of just 200000, Burgos has a revolutionary fervor that reaches far beyond its size, something that the residents of this capital city of Castille love to talk about. Burgos once used to be the capital of Spain, something we were reminded multiple times, and is called the ‘Crown of Castille’. I for one found the beauty of Burgos like that of an icicle- quiet, piercing, and mysterious. And well, also because it was so cold. In this city famous for its murcilla, we delivered a workshop on personal sustainability, as a part of a conference on climate change, to begin making our mark on Burgos, and then went to see a bit of the city. Burgos was quaint and quiet, and preserved as if to be admired. There are many fountains and statues around, and have little stories behind them, and the city mostly seems deserted. Our generous host from AEGEE-Burgos made sure that we could have enough time to explore the city, giving us a tour personally, emphasizing especially on the cathedral, for the Burgos Cathedral is indeed one of the most beautiful that I have seen. In architecture, it’s compared to the Notre Dame, and from the inside, one can see several influences: the baroque, the gothic, as well as Renaissance. The cathedral is also known to have one of the largest collections of artwork all over Europe.

An outdoor activity was also organised for us, which was cleaning of the river arlanzón, with the Oxigeno Foundation, who conduct activities relating to the environment. We started at a point where the river begins to leave the boundaries of the city and hence has the most amount of trash and plastic, and when the river rises above its normal level, the trash gets left around the area that surrounds the river. We spent a good hour picking up different kinds of waste that lay around the river and separating it, while some of us even wore big waterproof boots to go inside the water. Another interesting part of our activity was the two kinds of analysis we did of the water in the river: biological and chemical. In the biological analysis of the water, we were made to understand that there are ecological units that exist inside and outside of the river, like various kinds of flora and fauna. The testing we did made use of spineless bugs. The quality of water, we were told, depends on what kind of bugs you find in the water- for example, certain flies could survive in any kind of water, but other specific bugs could only survive only if the water was cleaner.   We also did a chemical analysis of the water, which had several steps. First, we checked the temperature of the water. The colder the water, the fresher it is, and it should definitely be below 14 degrees. The second step involved keeping the water in a special jar; if the water is see through and the bottom of the jar which has a black and white sticker looks grey, it would mean the water is not clean. We also added limestone tablets to the water to see how hard or full of calc the water is. The more tablets you need, the better it is and we were at a good level. If the water is acidic, the worse the quality of water is. It’s important to keep it neutral, the pH balance, and a litmus test was done. These were just of the several steps involved in the chemical testing of the water.   Burgos had a kind of rustic charm that we appreciated, but we were now soon moving on to bigger things. Our next stop is Barcelona, a city very unlike Burgos.   Want to read about Malaga? Go here!