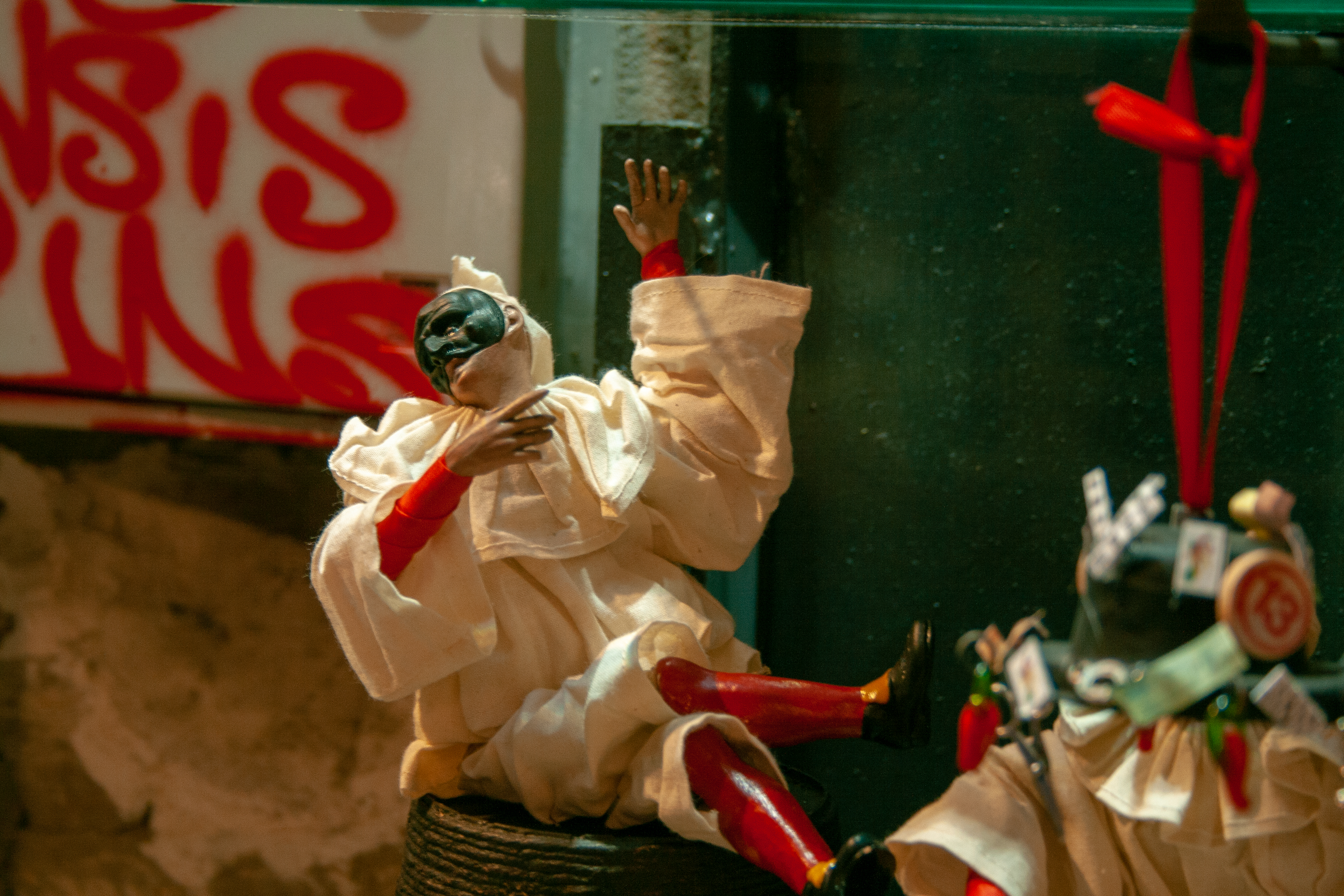 #TeamBlue made it to the south of Italy – Napoli! The antenna organized the “Quale binario per l’Europa?” conference in the university to tackle the question which track Europe will take. Therefore we were invited as speakers among other professors and Europe Direct. From this very structured space we moved to another part of the university, the occupied Café Dada. Initially it was a café by the university which then ran out of business. When it was empty and unused a group of students came together and built their own concept. Now you’ll find mostly students coming together who meet to hang out, drink or study.

In an interview about young activism Antonio (21) one of the initiaters, criticized that students are likely to think about themselves first and only. On the other hand he sees the need for young people to manifest their views and experiences in every possible way. The Dada is supposed to serve as a platform for self-expression and organization and from time to time they organize protests, debates or book presentations. To my surprise I saw posters and stickers from German anti-racist and anti-coal movements. When I asked him whether he and other visitors identify themselves as European he elaborated that in the first place they would call themselves workers. Furthermore, there shouldn’t be borders between continents but being realistic the European dimension is of great importance and worker struggles are shared throughout the continent. In Italy he considers the economical system to be the biggest challenge for young people which triggers youth unemployment and low incomes. Over a fantastic pizza in one of the oldest pizzerias of Napoli, I pick up the prior conversation with Giorgio (24), an AEGEEan. He explained that for young people in Italy their career starts with low payment no matter their education level which is a vicious cycle: having to study for being able to gain work experiences and needing experience to find a job. Measures to reduce youth unemployment don’t tackle the root of the problem: the disparity between the jobs you’re prepared to take and the jobs the market needs. Fields like STEM and other scientific studies are not strong in Italy which is why a lot of young people find work outside of Italy or take jobs they don’t like inside the country. Even though we’re surrounded by twenty passionate AEGEEans – and really really good pizza – he explains that the Italian and European economic system keeps young people busy as problems are only tackled in a way that works for “the first of the class” and everyone outside is kept in extreme concurrence to grasp for scarce goods. And when you have to compete, you don’t cooperate, you’re individualistic and don’t care for the bigger picture – politics. Talking about the distance between Europe and young people he highlights that programs such as Erasmus+ might be nice, but ultimately  the program reaches only 2% of young people. Furthermore from his experience studying the EU and European law is not what makes you enthusiastic about Europe, as you’ll discover that Europe is way less democratic than you thought before. It’s still a union of states and not of citizens. “But as with anything” he says “you can’t be naïve and expect things to align with your views and ideas. You must be nuanced and formulate a critical perspective. When you study the union you don’t form an enthusiastic or pro-European mindset, especially on this kind of EU, you form a critical mindset, because this is what culture and competence makes; critical and then possibly sceptic”. I nod and nod until I visibly wonder how one can be this critical and at the same time a passionate AEGEE member. He sees that and elaborates: “The EU is something of transition. Maybe we’ve been too harsh to it, we must do the transition – engage in local politics, show interest, who is informed must inform the others. We have to rethink the Union and reconstruct it in a way that serves anyone. And for that we especially must learn how to listen to others. When you teach or share something it can never be one way – one way is propaganda. And as it is important to listen do not be afraid of speaking and do not be afraid of being criticized, maintain a strong sense of self-respect and open to the possibility that you’re wrong. I might be wrong, maybe Europe is doing right *smiles*… So in conclusion: don’t be afraid to doubt, think and act responsibly”.