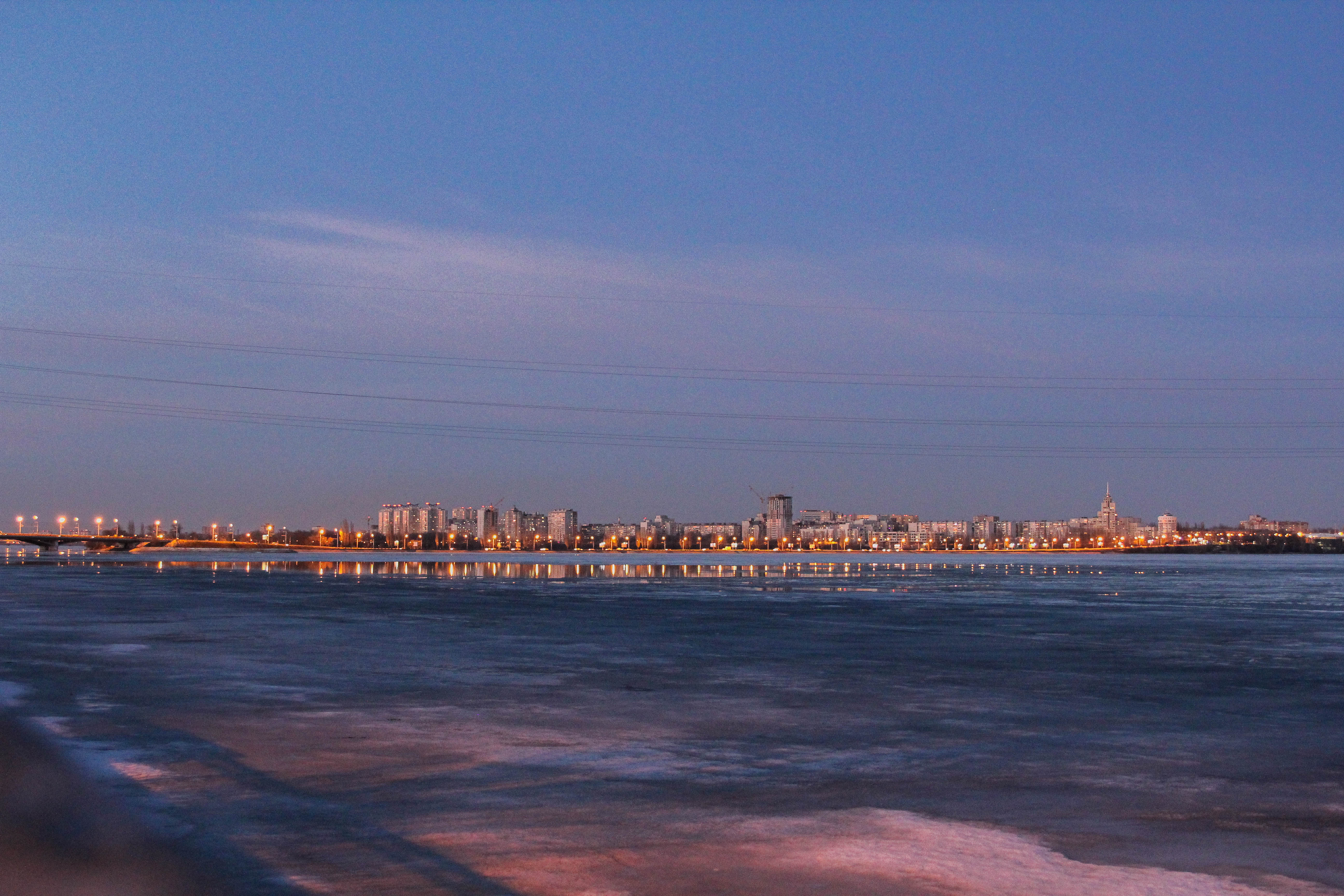 Team Red is now in the Russian Federation! From 7th to 10th April, our three ambassadors were in Voronezh. They enjoyed the nice riverside, the beautiful classical architecture of Orthodox churches and cathedral, they delivered many workshops, and of course, they had an amazing time with AEGEE-Voronezh! We left Kyïv by bus on the 6th afternoon and arrived at the border around 1 am. You would expect us to be very sleepy but thanks to the moon holes in the road, we were very much awake. Whatever the train ticket costs, all of us swore that next time we enter Russia, it will be by train! Arrived at the border, we had to wait for more than one hour in the bus for a first control of all passengers’ passports. After this, we still had to go through the Russian control, during which a dog came to inspect our luggage and Russian officers came to ask us many questions. They looked at us very sceptically wondering what three Bulgarian, Swiss and Belgian girls with humanitarian visas could possibly be planning to do in Russia after having been to Turkey and Ukraine. It took some time, but thanks to our friend Google Translate, we managed to explain the purpose of our travel. We arrived early in the morning in Voronezh, feeling both excited and exhausted. Our host Mariya and her family made us directly feel at home and took great care of us during the four days we spent there. It was truly amazing to be in a host family during Easter to discover the Orthodox traditions! We had an incredible Easter dinner together, and we even went to make the Easter bread holy at the Church. On the day we arrived, AEGEE-Voronezh had organised a conference at the university on Economic Sustainability. They invited two interesting speakers; Igor Titov and Dmitry Korotkov. The former is a businessman, a member of the Public Chamber of Voronezh, a public environmental inspector, and the founder of the social movement “VeloVoronezh” that encourages people in Voronezh to travel more by bicycle. The latter is the chairman of the youth government, which has launched many socio-ecological projects aiming at greening the city. Notably, they have increased the number of recycling points, and they collect waste in households and in exchange plant a tree for them in the forest destroyed by the 2010 heat-fire. After our workshop, we had an engaged and lively discussion all together. For Mr Titov, global action is necessary but difficult due to the different mentalities and systems between countries. Some solutions that work in some places are doomed to fail in some others. Therefore, he strongly believes that change is mainly in the hands of the private sector, and the public sector must focus on making green initiatives more appealing and profitable for businesses so that ecology can become the next driver of the economy.

At the language schools Thanks to Inna from AEGEE-Voronezh, we had the chance to deliver two workshops to her students at the English4U language school. It was really great to engage with them on the topic of climate change and sustainability for they rarely had the opportunity so far to learn and ask questions about it. One of the problems they wish to see rapidly tackled is the lack of recycling in the region. They also stressed on the need for more awareness campaigns to educate people on the importance and ways to recycle. Some students expressed their wish to organise cleaning activity of the city’s reservoir (part of the river), while some others rather thought of creating an online campaign to urge the government to forbid companies to pollute it. During the second session, another group pointed out that the large areas of topsoil (i.e. rich and farmable soils) in the region should be used to invest in local green farming for local production and consumption.

We also gave a session to young adults at the International House Voronezh-Linguist during which participants were of the opinion that there should be even more buses and an increase in the price of oil in order to encourage people to take public transports or share their cars. All sessions took place in a studious yet relaxed atmosphere, and led to inspiring reflections.

Over the days, we got to discover the city quite well, especially thanks to the city tour given by AEGEE-Voronezh. During a sunny afternoon, we jumped on bicycles with Paul, Sergei and Inna for a ride across the city centre. The city was deeply marked by the Second World War, both because about 95% of it was destroyed, and because it endured a long siege laid by the German army. The city was rebuilt with very large streets and buildings, and many statues were erected in commemoration of that time. Fun fact: the statue of a chair was placed in 2011 in order to take away the greed of the people of Voronezh and make them kinder after they sat on it. However, the nice and generous people we met there proved how inaccurate this reputation is! Last but not least, we went to the park to interview young people about their views on the mitigation of Climate Change and their wishes for Europe.

We were so lucky that we could even interview a snowwoman! Without any surprise, her greatest wish is for humanity to stop global warming. Many thanks to the members of AEGEE-Voronezh who made this stop unforgettable for us! We are looking forward to seeing them again somewhere in Europe!

Wish to see more pictures of our fifth stop? Check out our album here!

Missed our blog post about our previous stop in Kyïv? It is still time to read it here!