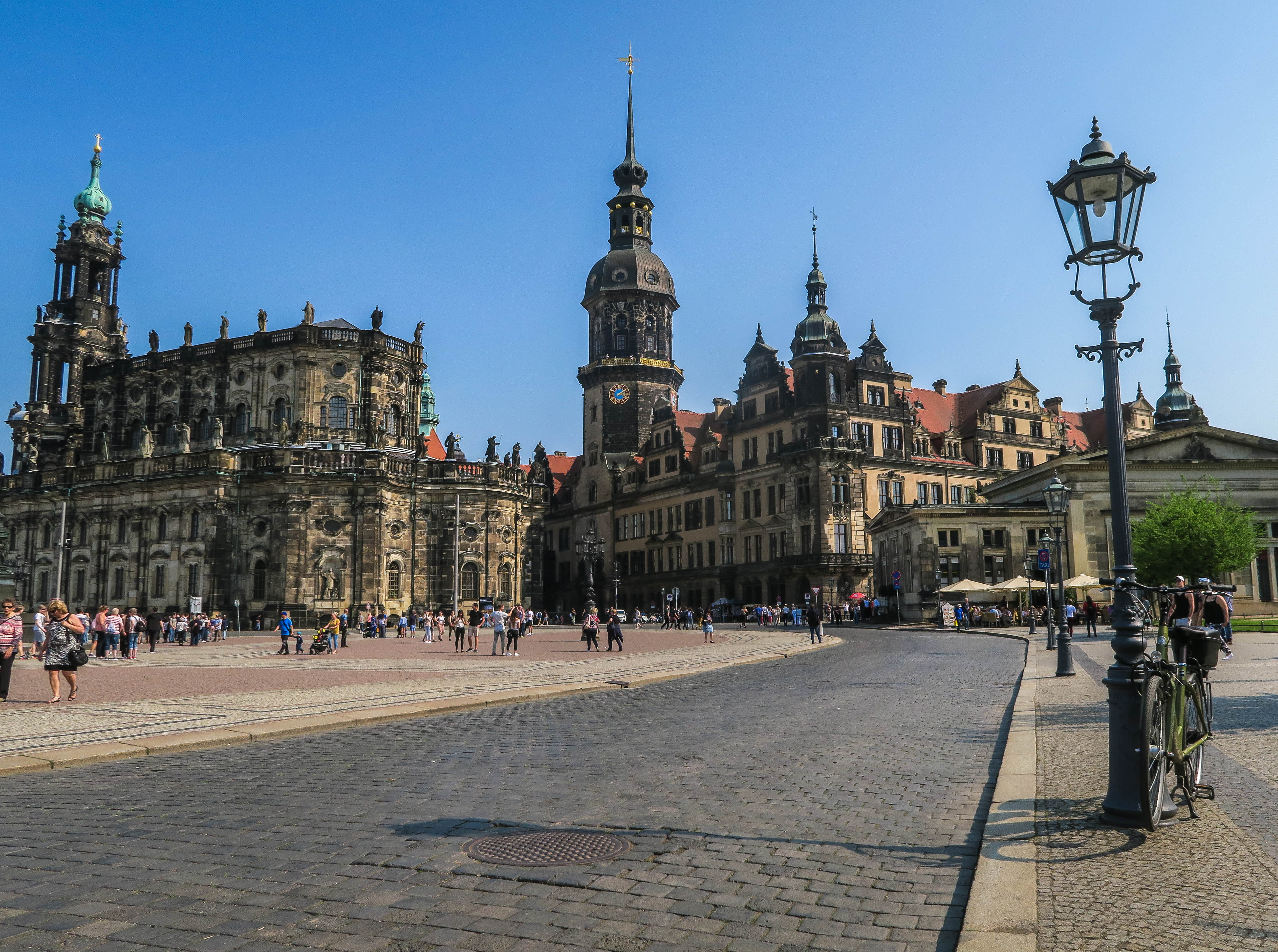 The Saxony capital, Dresden, is a beautiful city with an architecturally stunning city core and artsy atmosphere. With a heavy influence from royal families, the architecture shows grand displays of stone Greek gods and event palaces. We had a busy first day with two workshops amongst a variety of other activities. Our first workshop was held at the university, which is known to look like Hogwarts from Harry Potter. Heading to our room was a maze through the corridors, as we learned the history of the area and the influence during Second World War.

We delivered our first workshop on Environmental Sustainability and second on Social Sustainability. We were impressed with the attention and participation in both workshops – most people contributed new ideas and thoughts on their own personal experiences with the topics of discussion. After our workshop on Environmental Sustainability, we got to attend a presentation and discussion given by Gerd Lippold, member of the Saxonian State Parliament Green Party. He talked about the history of Germany in association with the use of Lignite, stating “Germany is the largest producer of Lignite, a heavy form of coal”. This notion created discussion on greenhouse gases in our atmosphere and the contribution to global warming. Mr. Lippold went on to say how “we are limited to the number of resources we use because of the limit of carbon that the atmosphere can handle in order to still maintain life on this planet”. This statement holds true when looking at the future consequences of climate change and the need for renewable energy and more green solutions. Although, there have also been many steps forwards, such that renewable resources have been made inexpensive “which has been a huge contribution to the global renewable energy sector” due to investing in higher production in order to lower costs. In the afternoon, we headed to the local Bird Sanctuary for a tour. We got to see a curious owl and the fastest bird in the world, the Peregrine Falcon. It was nice to hear about the rescue missions of injured birds – to bring them in for treatment with the result of a healthy release back into nature. The sanctuary is very large, and part of it is to have a natural landscape to bring in a thriving ecosystem of birds, insects, and flowers!

During our city tour, we learned that Dresden was almost completely destroyed by bombing during the Second World War. Before it was destroyed, Dresden was called the ‘Florence of Germany’ for the beautiful architecture and river flowing through. The inner city core was completely reconstructed as an old city and it was decided that modern features would be constructed on the outskirts to maintain the charming character and original appeal of the city. Today, you can really feel the art and culture flowing through the entirety of the city! We were glad to have been in the city center during the Dresden Film Festival and see the creativity of people in the region. We grabbed some ice cream and sat in the sun for a couple short films!

On the last morning, we visited the local urban garden for a brief workshop followed by tree planting. The founder presented his work within the city and the importance of organic gardening. His passion shined through as he believes the project is a chance “for the local people to reconnect with nature at their doorstep”. After the workshop, we got our hands dirty and helped out with some labor around the garden as well as planted some nice berry bushes! The day in the heat was worth it to see the gratefulness from the crew in the end! Overall, Team Blue had an exciting time in Dresden and enjoyed the high 20s temperatures!

Being our last stop, we felt the emotions of being the end of the route. A life-changing month through Europe as we travelled to ten new cities within five amazing countries. Creating and delivering workshops for the purpose of creating awareness on climate change had us feeling inspired and full of motivation for a better future! Thank you for hosting us AEGEE-Dresden, see you somewhere in Europe!