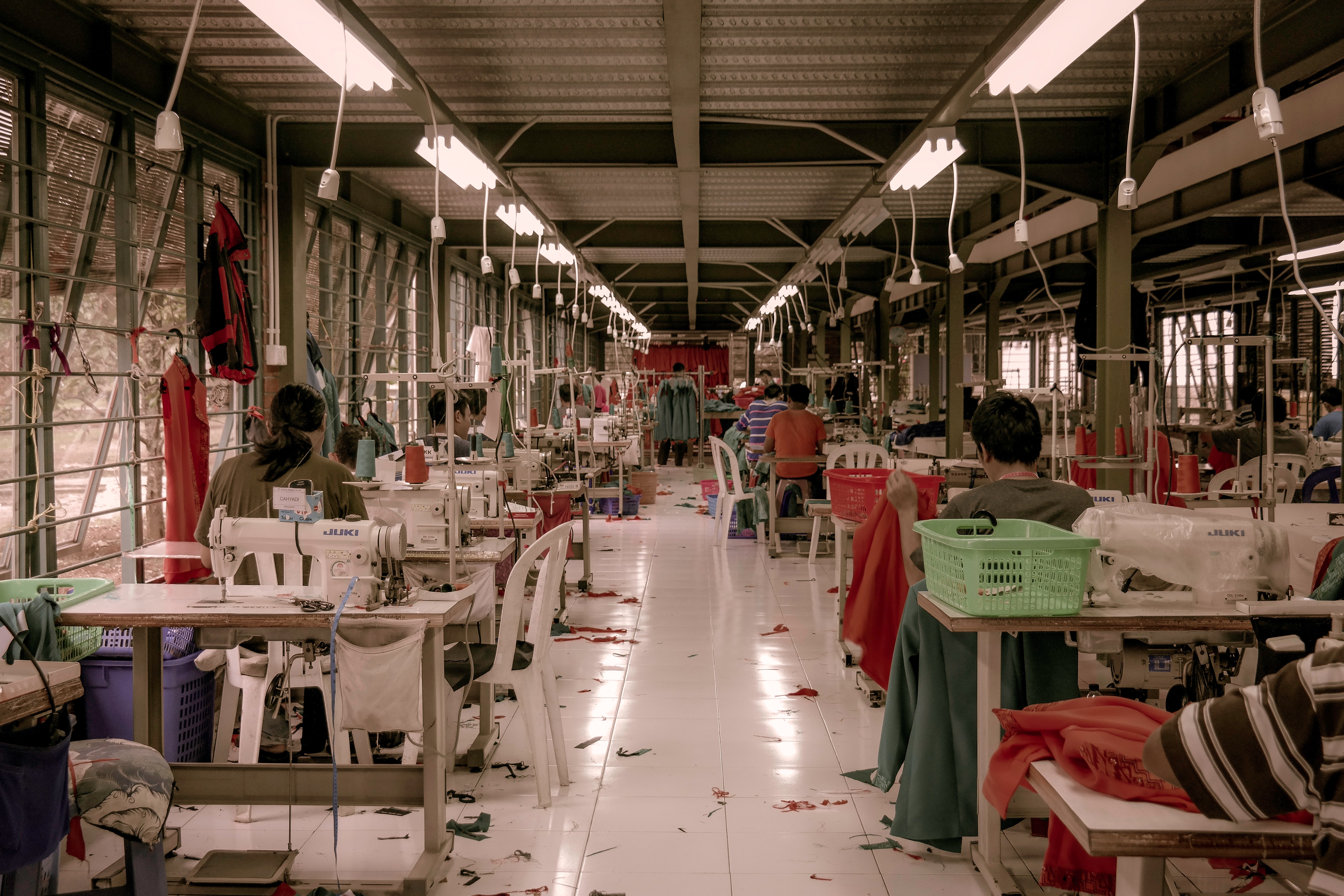 You probably have seen numerous tees and tote bags with slogans to empower women in the stores of fast fashion giants. However, while these designs are looming, they don’t reflect the reality for garment workers, most of whom are women, behind those very same products. Although the industry is dominated by women in its production and consumer circles, the system disadvantages them the most and creates a ground for further discrimination. With the growth of consumerism, consumers have become more and more detached from the origin and value of their clothes. And while the fashion industry grows so do disparities and exploitation within its circles. Unsafe working conditions, workplace harassment and underpaid labour are some of the issues women in garment factories face.

One of the reasons it disproportionately affects women is due to the systematic exclusion of women from other sectors leaving them with no other option but to take a low paid job in a garment factory. In addition, the numerous hours of unpaid work women are tasked with such as shopping, cooking, childcare, etc. leaves them in a position with less choice. The fast-fashion companies exploit this inequality and offer flexible contracts with conditions that take advantage of women without offering the necessary remuneration. A living wage should be sufficient for workers to be able to afford a decent standard of living including basic needs such as food, housing, healthcare, clothing, education, energy and water as well as some money that can be put aside for unexpected events. Unfortunately, many garment workers receive less than a living wage. Because of the intense working hours and lack of alternatives, women are less likely to organize themselves in unions and demand change leading to the perpetuation of the exploitative system. The Role of Global Brands

Global brands, although not always directly responsible for the conditions in the factories, feed on cheap labour and often care little about the human force behind their garments. Brands are not paying enough to secure a living wage for workers. According to Oxfam, “If brands absorbed the cost of paying living wages within their supply chains, it would cost them less than 1% of the price of a garment”. During the pandemic, the issue aggravated as a lot of orders which were already produced by the workers were cancelled and thus not paid for by big corporations. This led to thousands of families being left without any wages.

Vogue magazine looks at the issue from another angle – the inequality within the industry on a consumer and designer and management level. While the majority of consumers are female, the leadership positions in the industry are dominated by men. Vogue estimates that “only 12.5 per cent of clothing companies listed in Fortune 1000 (largest American companies ranked by revenues) had female CEOs”. Although women make up most of the entry-level positions in companies and in factories, there are fewer opportunities for them to climb the ladder just as in most other industries. These numbers show a disparity between consumers and trend-setters and decision-makers within the industry. We can link this issue back to the ethical matters within the production cycle, where the predominantly female workforce is being exploited. Those who hold leadership positions, most of whom are men, within big corporations have the power to avert exploitation and ensure worker rights and by doing so support women in the fashion industry.

Towards an Ethical Fashion Industry

However, some movements have started to demand change and expect companies to take responsibility and ensure the safety and fairness of their garment workers. In March 2022 the EU announced a Strategy for Sustainable Textiles which is a step in the right direction but change needs to come on all levels not only top-down. Companies signing safety accords and payment obligations are one way to prevent exploitation and ensure safer conditions. Our role as consumers in this can be to demand that companies do so. Raising awareness about the issue is the first step toward pushing companies to pursue fairer labour conditions for their workers. The more people are aware of those practices the more pressure will there be for companies to focus on improving conditions in their supply chain. Additionally supporting ethical fashion brands sets an example that consumers are becoming more conscious about their choices and with it, companies have to respond to their consumers’ demands.